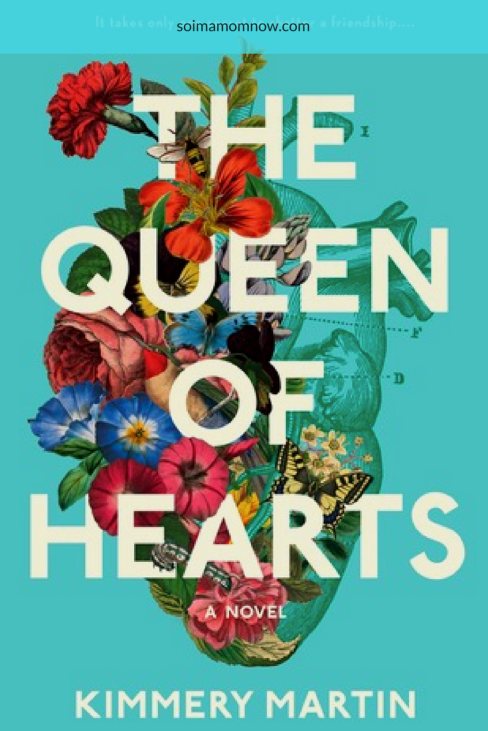 I am finally marking some books off my summer TBR (to be read) list. And I started with one I was dying to read since I heard about it on the What Should I Read Next podcast. Anne Bogel did such a great job of describing it as a Grey’s Anatomy lovers book of choice. I knew right away I had to read it. The Queen of Hearts by Kimmery Martin is a medical drama set in Charlotte, North Carolina, about two friends who are facing secrets from their past after the reappearance of the man who broke one of their hearts.

Emma is a trauma surgeon and her best friend Zadie is a pediatric cardiologist. They have been friends since summer camp and they have been through so much together both big and small including medical school, breakups, losing patients, horrible stomach bugs, and even the deaths of loved ones. They have been able to maintain their friendship through the ups and downs of parenting small children and very demanding careers. Emma and Zadie are complete opposites: Emma is cold, unapproachable, and perfectly maintained, whereas Zadie is warm, trustworthy, and sometimes a complete mess. Over the years of their friendship, they’ve grown together as doctors, mothers, and friends sometimes knowing the other’s heart better than their own. 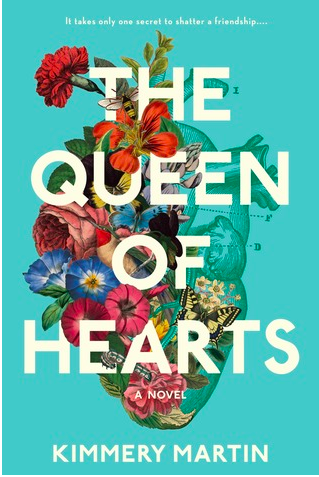 Nick Xenokostas, one of Zadie and Emma’s chief residents during their 3rd year of medical school moves back to Charlotte and joins Emma’s surgical practice. Which shouldn’t be a big deal, but with him comes secrets that both have been trying to bury. The story unfolds in flashbacks between the crucial third year of medical school and the present day and from alternating points of view. These flashbacks reveal that Zadie and Nick had a brief, tumultuous affair. Emma and Zadie experienced a tragedy that upends their lives in ways they cannot even begin to fathom. And we learn that Emma has been keeping the biggest secret of all from Zadie. One that could destroy their friendship. With Nick’s sudden reappearance, Emma fears he might tell Zadie the disturbing truth. While Emma is grappling with the potentially friendship-ending secret she is also in professional angst after a difficult surgery ends badly, leaving her job in jeopardy.

Martin created an emotional story, that is often times difficult to put down, about friendships with flawed, rich, and believable characters. Martin is a former ER doctor which I think adds another realistic layer to the book. The Queen of Hearts is an irresistible mix of romance, ER drama, friendship, and betrayal.

If you look at my goodreads.com profile you will see that I only gave The Queen of Hearts 3 stars. I wasn’t sure if I should include that in this review because I really did enjoy the book. But I felt like the ending just didn’t do it for me. I was shocked but also couldn’t relate to it if that makes sense. I really want to know what you thought of this book? Did you like the ending? Did you find yourself relating to one character over the other? Tell me all your feelings!

I am a mom of two with a passion for many things ranging from home remodeling to reading, from shopping to child behavior. I love sharing things I find and love and generally helping others feel happy and successful. This is what I aim to do with each and every post I write and all the content I create. I hope to help you find things to make your motherhood journey a little smoother. Follow along.

14 replies on “The Queen of Hearts by Kimmery Martin”

Got me all intrigued about this book! I will be adding this to my Amazon reading list!

I’d love to know what you think when you finish it.

I’m always looking for book recommendations so will add this to my list. Thanks!

I’m glad I could help. I love finding good book recs too.

I love book recommendations so will be adding this to my list. Thank you!

Thank you for this review, it’s very informative. The book seems to be very interesting. Now I’m curious.

Thank you for reading it. If you pick it up I’d love to hear what you think.

A story set in medical schools peaks my curiosity as medical school is so demanding. I will like to know how the writer was able to credibly weave the story through the maze of the study demands of two medical students.

Martin ( the author) is a former ER doctor. I thought she really captured it well.

Ohhh I want to read this now x

This book sounds interesting!! I requested it from the library! I am currently reading “The Killer Next Door” by Alex Marwood!

Is that good? I haven’t heard much about it? Also, I’d love to hear what you think of The Queen Of Hearts.

I agree. I enjoy book reviews for that exact reason. It is so nice to see how other people viewed the same book.

Looking for Something Specific?